THE STORY OF THE BUCK ACT 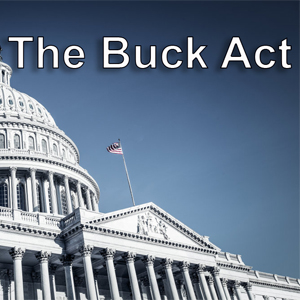 THE STORY OF THE BUCK ACT

In order for you to understand the full import of what is happening, I must explain certain laws to you.
When passing new statutes, the Federal government always does everything according to the principles of law. In order for the Federal Government to tax a Citizen of one of the several states, they had to create some sort of contractual nexus. This contractual nexus is the “Social Security Number”.

In 1939, the federal government instituted the “Public Salary Tax Act of 1939”. This Act is a municipal law of the District of Columbia for taxing all federal and state government employees and those who live and work in any “Federal area”.

Now, the government knows it cannot tax those state Citizens who live and work outside the territorial jurisdiction of Article 1, Section 8, Clause 17 (1:8:17) or Article 4, Section 3, Clause 2 (4:3:2) in the U.S. Constitution. So, in 1940, Congress passed the “Buck Act”, 4 U.S.C.S. Sections 105-113. In Section 110(e), this Act authorized any department of the federal government to create a “Federal area” for imposition of the “Public Salary Tax Act of 1939”. This tax is imposed at 4 U.S.C.S. Sec. 111. The rest of the taxing law is found in the Internal Revenue Code. The Social Security Board had already created a “Federal area” overlay.

4 U.S.C.S. Sec. 110(d). The term “State” includes any Territory or possession of the United States. ( Note: the use of the capital “S” in “State” is reference to the designated territorial “States” and possessions held by the Corporate “United States”.)

There is no reasonable doubt that the federal “State” is imposing an excise tax under the provisions of 4 U.S.C.S. Section 105, which states in pertinent part:
Sec. 105. State, and so forth, taxation affecting Federal areas; sales or use tax
(a) No “person”
(NOTE: the term person references a fictional entity) shall be relieved from liability for payment of, collection of, or accounting for any sales or use tax levied by any State, or by any duly constituted taxing authority therein, having jurisdiction to levy such tax, on the ground that the sale or use, with respect to which such tax is levied, occurred in whole or in part within a Federal area; and such State or taxing authority shall have full jurisdiction and power to levy and collect any such tax in any Federal area within such State to the same extent and with the same effect as though such area was not a Federal area.

Thus, the obvious question arises: What is a “Federal area”?

A “Federal area” is any area designated by any agency, department, or establishment of the federal government. This includes the Social Security areas designated by the Social Security Administration, any public housing area that has federal funding, a home that has a federal bank loan, a road that has federal funding, and almost everything that the federal government touches through any type of aid. Springfield v. Kenny, 104 N.E. 2d 65 (1951 App.). This “Federal area” attaches to anyone who has a Social Security Number or any personal contact with the federal or state governments. Through this mechanism, the federal government usurped the Sovereignty of the People, as well as the Sovereignty of the several states, by creating “Federal areas” within the boundaries of the states under the authority of Article 4, Section 3, Clause 2 (4:3:2) in the federal Constitution, which states:
2. The Congress shall have Power to dispose of and make all needful Rules and Regulations respecting the Territory or other Property belonging to the United States, and nothing in this Constitution shall be so construed as to prejudice any claims of the United States, or of any particular State.

This area is similar to any territory that the federal government acquires through purchase, conquest or treaty, thereby imposing federal territorial law upon all people in this “Federal area”. Federal territorial law is evidenced by the Executive Branch’s yellow-fringed U.S. flag flying in schools, offices and all courtrooms designating a mercantile jurisdiction.

This entire scheme was accomplished by passage of the “Buck Act”, 4 U.S.C.S. Secs. 105-113, to implement the application of the “Public Salary Tax Act of 1939” to workers within the private sector. This subjects all private sector workers who have a Social Security number to all state and federal laws “within this State”, a “fictional Federal area” overlaying the land in California and in all other states in the Union. In California, this is established by California Form 590, Revenue and Taxation.

All you have to do is to state that you live in California. This establishes that you do not live in a “Federal area” and that you are exempt from the Public Salary Tax Act of 1939 and also from the California Income Tax for residents who live “in this State”.

The following definition is used throughout the several states in the application of their municipal laws which require some sort of contract for proper application. This definition is also included in all the codes of California, Nevada, Arizona, Utah and New York:
“In this State” or “in the State” means within the exterior limits of the State … and includes all territories within such limits owned or ceded to the United States of America.

This definition concurs with the “Buck Act” supra which states:

So, do some research. I have given you all the proper directions in which to look for the jurisdictional nexus that places you within the purview of the federal government.

NOTE: The Social Security number does not attach to the “Natural Man”, but is assigned to the fictitious entity entitled as “Person”. The man on the land does not have or is he in his “Natural” standing, assigned a social security, the “Natural Man” is however, the beneficiary of the individual constructive trust that the individual social security number references.

SOCIAL SECURITY CORP, DEPART. OF HEALTH, EDUCATION AND WELFARE [is defined as] a For-Profit General Delaware Corporation Incorporation date: 11/13/89 File No. 2213135 . . . and would suggest a quid pro quo consideration, establishing no controlling jurisdictional nexus over the beneficiary while providing the required benefit.

§ 110. Same; definitions
As used in sections 105–109 of this title—
(a) The term “person” shall have the meaning assigned to it in section 3797 of title 26.
(b) The term “sales or use tax” means any tax levied on, with respect to, or measured by, sales, receipts from sales, purchases, storage, or use of tangible personal property, except a tax with respect to which the provisions of section 104 of this title are applicable.
(c) The term “income tax” means any tax levied on, with respect to, or measured by, net income, gross income, or gross receipts.
(d) The term “State” includes any Territory or possession of the United States.
(e) The term “Federal area” means any lands or premises held or acquired by or for the use of the United States or any department, establishment, or agency, of the United States; and any Federal area, or any part thereof, which is located within the exterior boundaries of any State, shall be deemed to be a Federal area located within such State.

Creditor and Their Bonds
The Gentleman’s Guide To Forum Spies (spooks, feds, etc.)

This function has been disabled for Private Side Solutions.